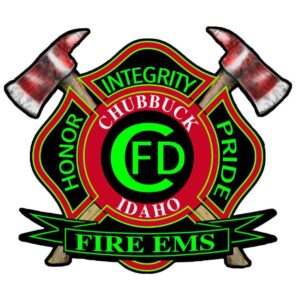 Chubbuck Fire Department is dedicated to the protection of life, property, and preservation of the environment. We provide an all-hazards emergency response to our community that includes fire protection, emergency medical services, and hazardous materials response. We are committed to the principles of honor, integrity, and pride; we utilize these values to serve our community with a high standard of training and professionalism.

We are currently operating out of a single fire station. Our fire department is responsible for an estimated population of more than 15,000, in the City of Chubbuck. On average, our fire department runs 1500 fire, ems, or other emergency calls throughout the year.

To schedule a fire station tour or to request a fire and life safety presentation, please call the fire station and ask to speak to the Captain on shift or next highest-ranking department member.

Born and raised in Chubbuck, Chief Miller started working for City of Chubbuck Fire Department in 1981 has held every rank in the department: Firefighter, Captain, Training Officer, Battalion Chief, and honored to currently serve as the Fire Chief. Awarded a Bronze Smokey Bear award for Fire Prevention in 2004. I can cook minute rice in 49 seconds.

Interested in joining the Chubbuck Fire Department?  Please download the PDF application, fill it out completely, and return it to the Fire Department at 4727 Yellowstone Ave, Chubbuck.

Where can I get a burn permit?

Open burning permits that are required to burn garden waste, tree branches, or other organic materials should be purchased online by clicking on the link above that says Burn Permit. Burn Permits are not needed for recreational fires. Recreational fires shall not exceed three (3) feet in diameter and two (2) feet in height. Recreational fires must also be located twenty-five (25) feet from a building or property line.

As of October 2019, the City of Chubbuck Fire Department no longer provides fire protection for either North Bannock or Power County Fire Districts. To obtain a burn permit, one must contact and purchase a burn permit from the respected fire district in question that he/she wishes to conduct a burn.  The City of Chubbuck Burn Permit can be accessed here.

What type of fire extinguisher is best for my home?

A multi-purpose fire extinguisher is best for the home. Look for an extinguisher with a rating of at least 2A:10B:C on the label. These types of extinguishers can be used on most fires commonly occurring in the home. They will often be labeled “ABC” or “All Purpose” and can be purchased in most large home-improvement or hardware stores. 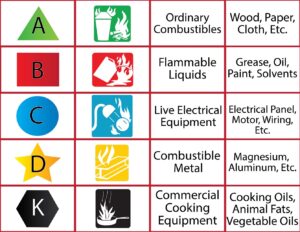 Can I have a Chimenea or fire pit in my back yard?

Chimeneas and covered fire pits are allowed, but must not exceed 3 feet in diameter, 2 feet in height (with a screened cover), and must be 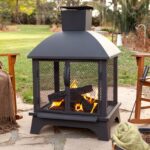 located 25 feet from a building or property line for a single-family dwelling.

Why is a fire engine sent when I call for an ambulance?

All full-time personnel of the Chubbuck Fire Department is dual-trained in fire suppression and emergency medical services. When an emergency medical call is dispatched, Chubbuck Firefighters will arrive first on the scene to provide BLS-emergency care. An ALS ambulance is supplied by Bannock County Ambulance service along with a medic to provide advance medical services and transport to Portneuf Medical Center. Chubbuck firefighters are trained and capable of operating the ambulance and will help provide additional care as requested by the medic inside the ambulance upon transport or on the scene.

Can I grill on my apartment’s balcony or patio?

Open flame cooking devices, charcoal, and other similar devices used for cooking shall not be located (stored) or used on combustible balconies, decks, or within 10 feet of combustible construction. These devices may be used if the balcony or deck is fire sprinkled and allowed by the apartment management.

Before the incorporation of the city of Chubbuck in 1949, fire suppression was dealt with through local citizens and the Snake River Mutual Insurance Company.  Eventually, the Roy Getty family donated the land where the Chubbuck Fire Department would be built.  The building was masonry with two bay doors for apparatus and an apartment on the second level.  Carl Hensley was established as both the Fire Chief and Police Chief for the village of Chubbuck and lived in the apartment above the fire station.   Chief Hensley retired in 1969. In 1990, under Chief Cary Campbell the fire department received a bond for a remodel of the fire station, and an 8-bay addition for the required apparatus.

Chubbuck Fire Department’s first engine, a 1950 Ford Truck that carried 500 gallons of water was donated by The Snake River Mutual Fire Insurance Company.  The city purchased its first fire engine in 1966. A panel van used for carrying breathing equipment, fans, and other firefighting gear and equipment.  Another engine was purchased in 1974 that could pump 1,000 gallons-per-minute.  Under Denny Jones, an agreement was reached in 1975 between Chubbuck and Bannock County for Chubbuck Fire Department to provide fire protection to North Bannock County.  Bannock County donated two fire engines to Chubbuck Fire Department to assist with the fire suppression for North Bannock County.  While some county district boundaries have changed over the years, this contract for fire protection is no longer in affect and service for fire protection is now conducted by North Bannock County Fire Department . Our first due engine for Fire and Emergency Medical Services is Engine 1. We also have an additional two city engines, a rescue vehicle, a county engine, a water tender, an aerial truck, three brush trucks, and multiple duty vehicles that are used to carry extra equipment, additional personnel and can be used for on-scene command purposes.

The fire department was dispatched through a “red line” which was a phone that would ring at some fire department members’ homes.  Whoever answered the phone would then sound the alarm to the other members.  There was a chalk Board outside the station that was used to write the address of the call.  Responding firefighters would drive up to the station, see the address and go to the call with an apparatus if one was there.  Each member had a flashing strobe in their personal vehicle to let others know they were responding.  Eventually, this system was replaced with a pager system, and personnel would respond to the station and leave on an apparatus.  Getting on an engine was a first come first serve basis.  There are tales of many shenanigans that would give one firefighter the advantage over the other to get on the engine.

Today, there is a four-man engine company at the station staffed for 24 hours a day, who is dispatched to emergency scenes by the city of Chubbuck’s dispatchers located inside of the city offices. The department has 14 fulltime personnel.